Summit Ranges from the Andes Range and Furnace Corporation

The posts I wrote about Kalamazoo and Quick Meal cookstoves a while back have proven to be some of the more popular posts on this blog, so I thought I'd share another piece of my cookstove library with you.  The following images are from a booklet published by the Andes Range and Furnace Corporation of Geneva, New York.  No date appears anywhere in its pages, but from the styles of wood and coal ranges that it advertises and from the fonts used, I would date it from the late 1930s to perhaps 1940. 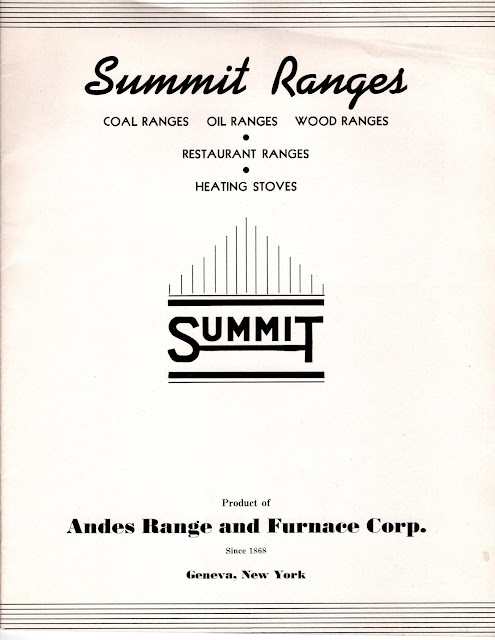 Even if I hadn't provided the address of the company, the experienced wood cookstove enthusiast will recognize that these ranges were made in the northeastern part of the United States.  The big giveaway is that the oven doors swing to the right rather than opening down.

No prices are listed anywhere in the brochure, but it appears to me that they started with their finest range. 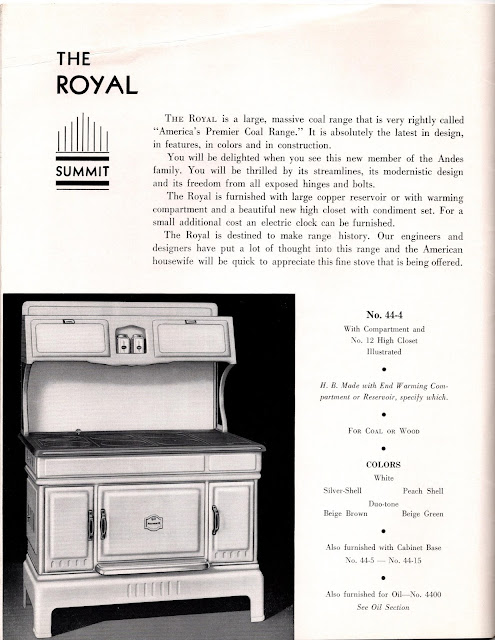 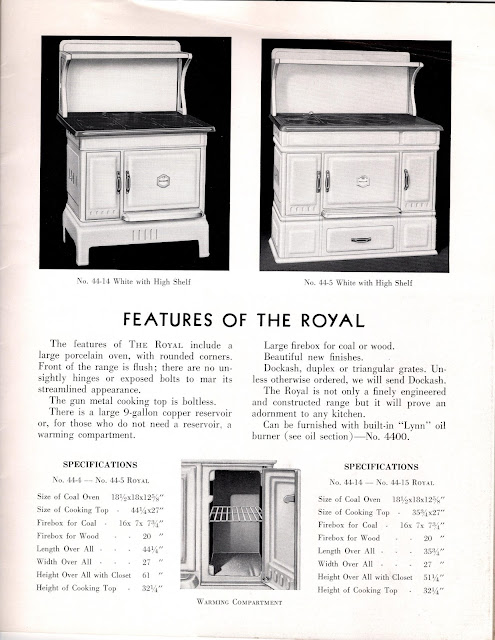 The next four pages advertise their "Homestead" model ranges.  The first two pages show Homestead ranges with what are called "hearths."  These are the shelves on the left side of the range by the lower drafts.  Again, these were much more common on stoves in the Northeast than those in the Midwest. 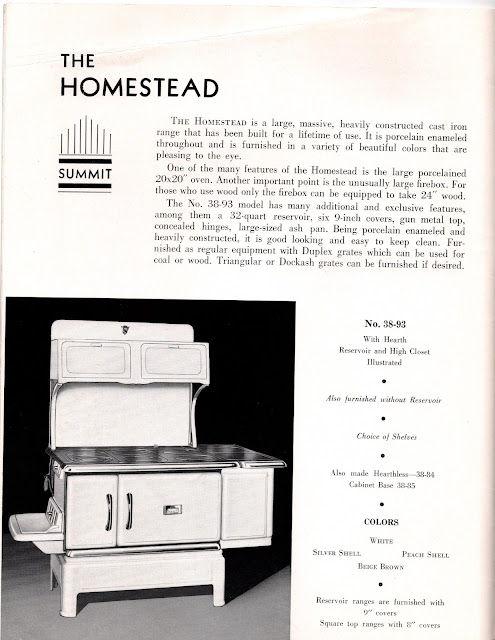 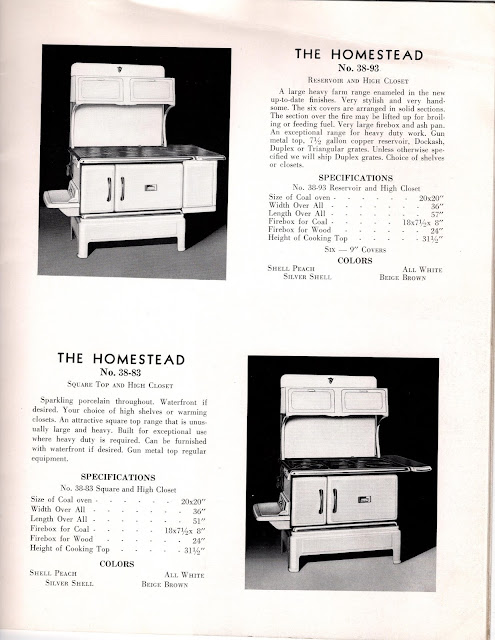 The following two pages have Homestead ranges without hearths and with slightly different appearances.  The other features are the same. 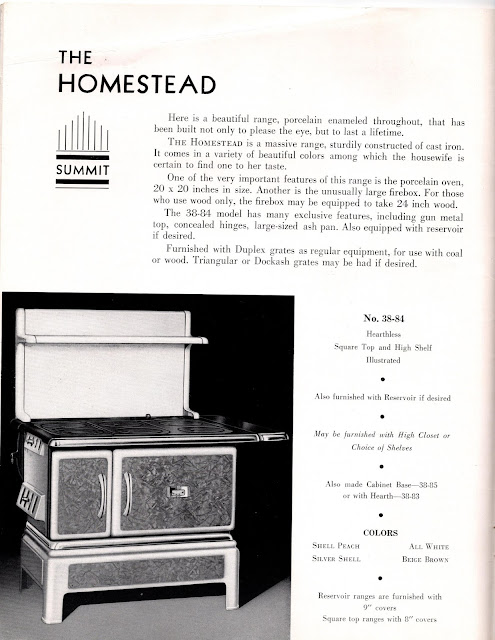 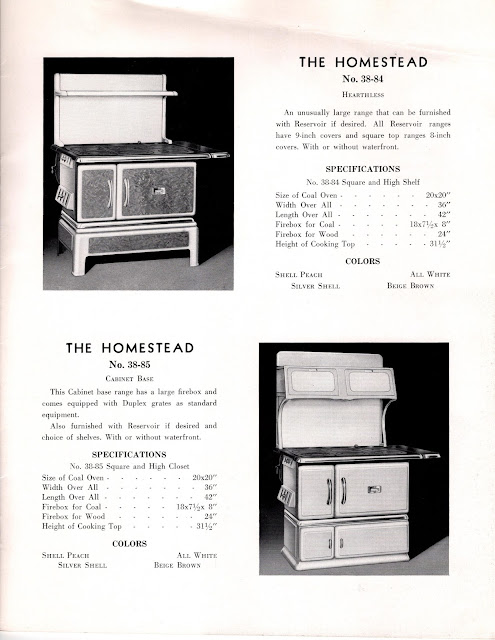 The next pictures are what make me think that the date of this brochure is the very late 1930s or 40s.  Sleek, boxy, cabinet-style ranges like this came into fashion around that time.  Notice that these oven doors are also all hinged to open down. 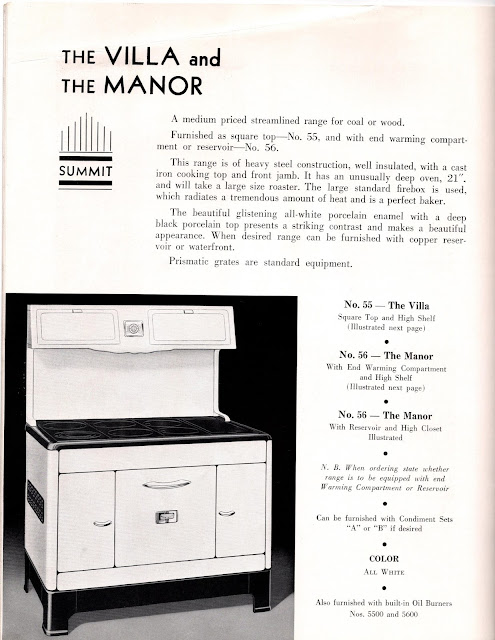 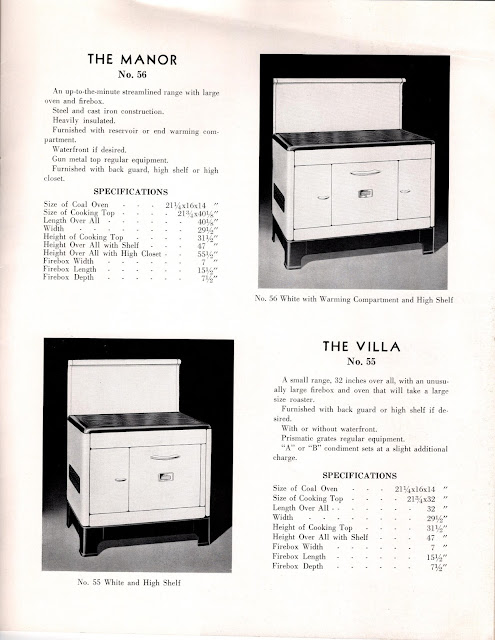 These next pages are stamped "DISCONTINUED," and you can see that the styles of the ranges are a little more old-fashioned in nature. 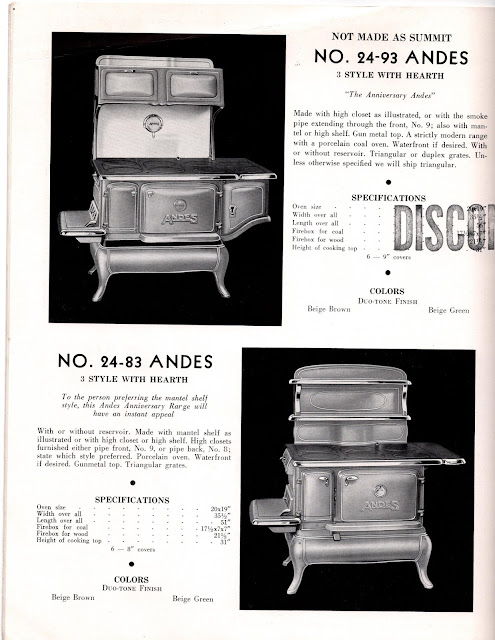 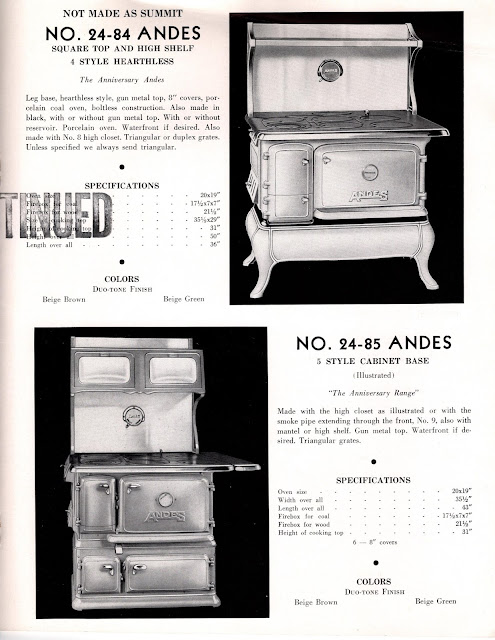 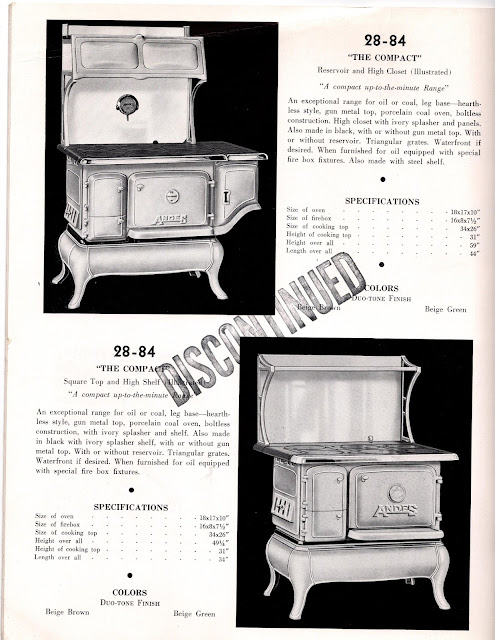 And now for the piece de re´sistance: the double-oven ranges.  How I would like to cook on a range like these sometime!

Something I notice about several stove catalogs of this vintage is that their household ranges were modernized in appearance and enamel, but their "hotel" or "restaurant" ranges remained unchanged from the styles that were popular at the turn of the twentieth century. 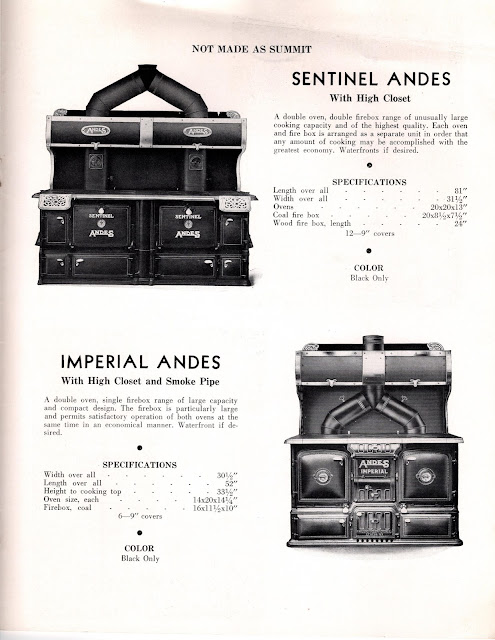 The remaining pages of the booklet advertise their small line of coal and wood heating stoves and then has reprints of some of the pictures for the Royal, Manor, and Villa, which were also available as oil-burning ranges.

If anyone who reads this post has one of these ranges or can put a more definite date on this booklet, please use the comments feature below to let us all know.