I'm really embarrassed at how much I enjoy brownies from box mixes.  However, we don't often buy them, and sometimes I am in a hurry.  In the February 15th edition of the Farm Bureau Spokesman, there was a recipe for brownies that caught my eye.  I've made (or helped make, depending on the situation) six batches of these brownies since the recipe came out, and of course, I've been tweaking the recipe too, and I think I'm finally happy with the result.  This recipe makes an extra large batch of brownies and is quick because you don't have to melt chocolate, butter, or shortening.  They're perfect for people in a hurry who don't have a brownie mix on hand.

Here is what you do: 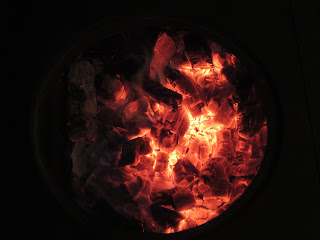 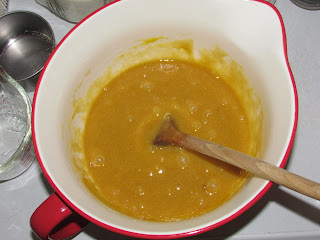 
6. Sprinkle two handfuls of chocolate chips over the batter in the pan. 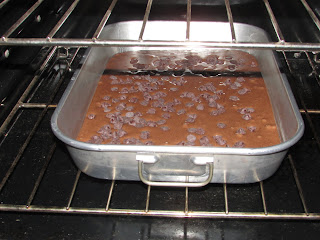 7. Bake for 25-30 minutes in a moderate oven or until they test done.  The brownies will puff up quite a bit, but don't worry.  As long as you take them out in time, they will fall within a few minutes of being removed from the oven and have the chewy texture that we all expect in a brownie. 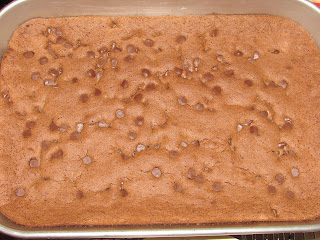 Usually, I like to frost brownies, but I've never frosted these, and I've never felt the lack.