Sweeping the Chimney: A Task for a Warm Winter's Day

In our corner of the world, the temperatures in January were a real roller coaster.  We've dipped below zero a few times, and we've been up near sixty.  Fortunately, the warmest days have landed on the weekends, and we've taken advantage of them.

So what do wood cookstove owners do on those warm days?

We cut, split, and stack firewood, and sweep the chimney, of course!

When we were using the Qualified range, I only swept the chimney once per year in the fall, and really there was never much to sweep out as long as we were burning good, seasoned hardwood.  However, the Qualified wasn't airtight, and though we would load it up and shut it down during the day and at night, it couldn't hold a fire long, so it was consistently burning hot.

The Margin Gem is a different story, though.  When we are home, it is burning hot, but during the days and at night, we load it up and shut it down, too, and it actually holds a fire for a long time (our record is over 24 hours).  Since it has the capability of a slow burn, creosote naturally does accumulate more than it did with the Qualified.

As most of you probably already know, the creosote that I'm talking about is a product of the incomplete combustion of wood.  This black or dark brown substance clings to the inside of a flue, and unfortunately, it is flammable.  Thus, it is what is responsible for the dangerous chimney fires that wood burners want to work hard to prevent.

A couple of weekends ago, we swept our chimney for the third time this heating season.  The process is fairly simple.  The first thing that I usually do is disconnect the stovepipe from the chimney and cover the flue opening with a plastic grocery bag held in place with the elastic band from a discarded pair of underwear.

What?  Too much information? 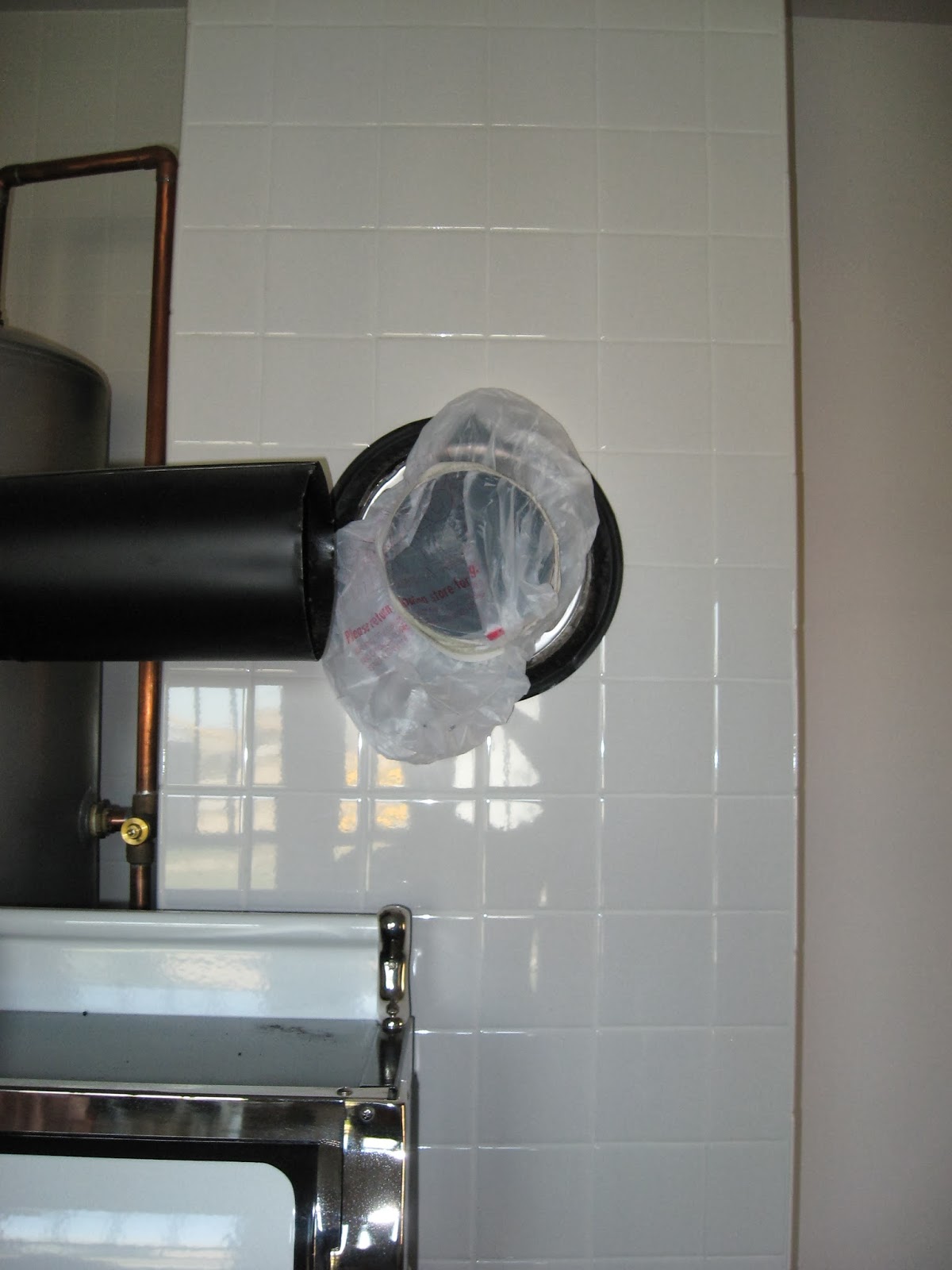 The reason I cover the chimney opening is twofold.  First, the soot is prevented from falling all over the stove and the floor as it falls down the chimney.  Second, this helps stop the regular draft of the chimney, so less of the soot is flying into my face while I'm on top of the roof.

We have been maintaining the same fire in the cookstove since Nov. 9.  (It would have been longer than that, but that was the day of our wood cookstove workshop, and we wanted our guests to have the experience of starting the stove.)  Therefore, even though we waited until there was only a small bed of coals in the bottom of the firebox, I skipped this step because I didn't want the smell of the burning coals to simply be escaping the stove into the house for that long.  Thus, I got a face full of soot.

Next, I climb to the top of the roof with my chimney sweeping brush and lengths of rod which screw together at intervals to push the brush down the chimney and pull it back up again. 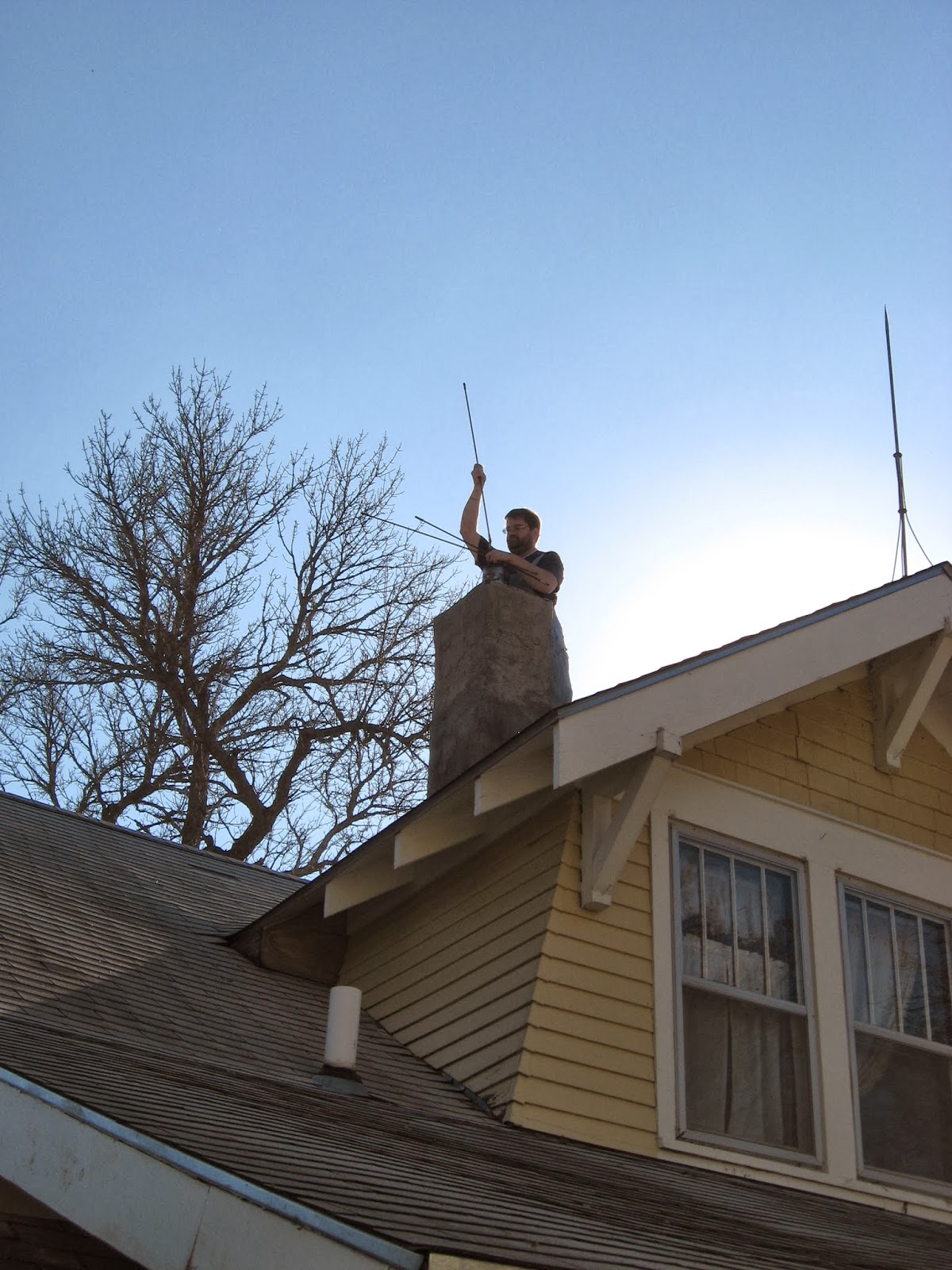 The north side of our roof isn't that steep as roofs go, and it is covered with asphalt shingles which generally afford pretty good traction, but it still bothers me a little to go up there.  I don't really understand it, either.  When I was in junior high, my grandparents on my dad's side re-roofed the dairy barn here on our farm.  At the time, Granny was a spry 72 years old, and she was the one who had to do all of the high work, so it was she who straddled the ridge pole to nail the cap back on, and I remember getting up there and straddling it with her for a lark.  I don't know what changed for me, but you wouldn't catch me dead up there now, so I generally don't like to get up on the roof to sweep the kitchen chimney.  However, I learned something this year.  If I sweep the chimney on a warm enough day, I can do the job barefooted, and I don't feel at all like I'm in danger of slipping and falling down the roof.  Weird, I know, but I thought I'd tell you about it in case it will help any of you reading this.

As you run the brush up and down the chimney, the larger chunks of creosote fall down to the bottom.  Some chimneys have small square clean out doors for the removal of this refuse, but since our kitchen chimney is the original chimney of the house with a new stainless steel liner in it, the bottom of the chimney is now where the stovepipe enters.  Thus, the creosote must be raked out of the chimney there. 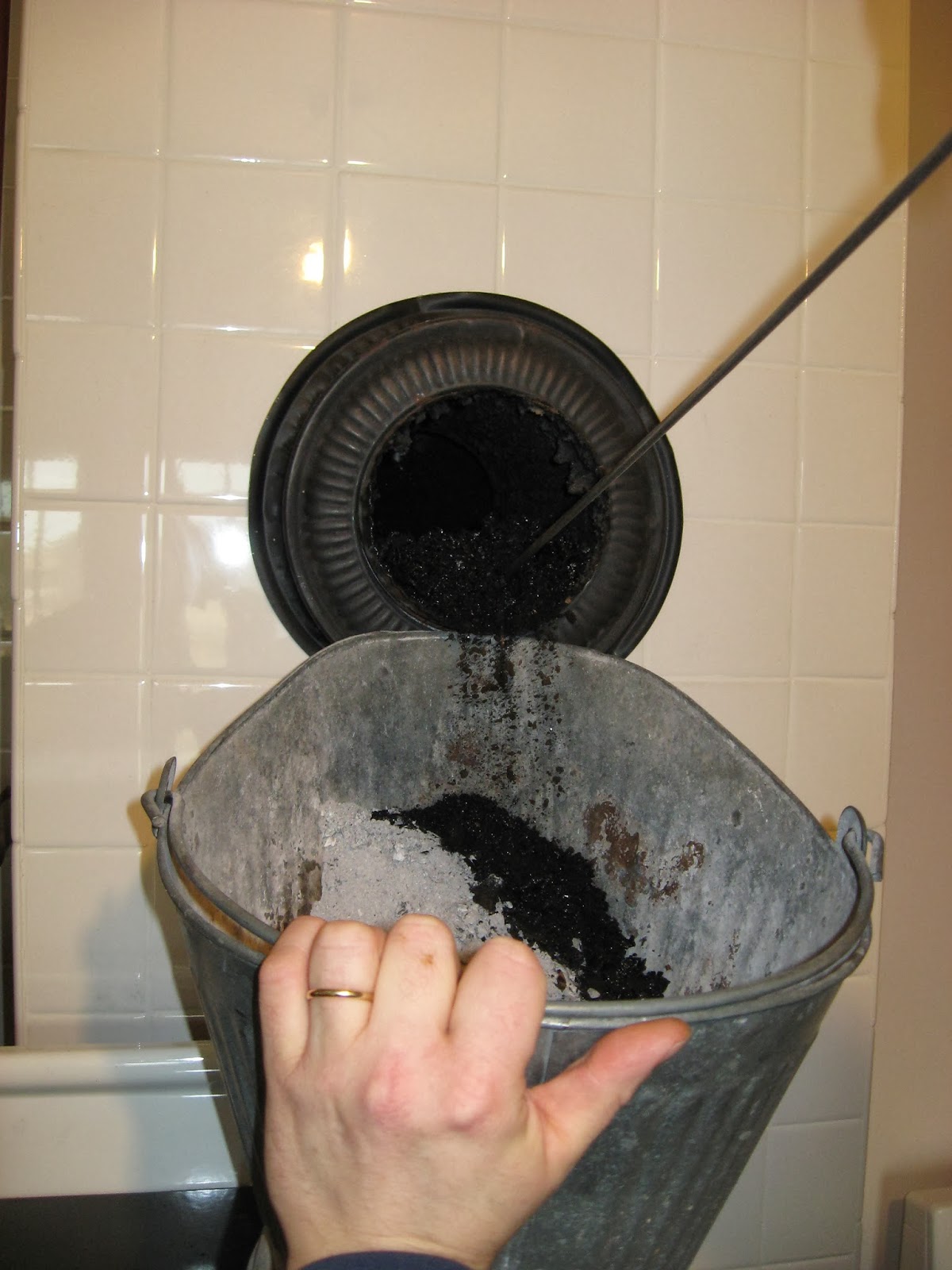 Another thing that I have learned in our second year of having the Margin Gem is that sweeping the chimney is made much easier and more effective if the fire which precedes the sweeping is a really hot fire of small, very dry pieces of wood.  This makes the creosote in the chimney very flaky and easy to dislodge.

Of course, if your cookstove is vented through a chimney which exits through the ceiling--like the chimney for our Jotul heating stove--this whole process is much easier and can be accomplished while standing securely on the floor in the house. 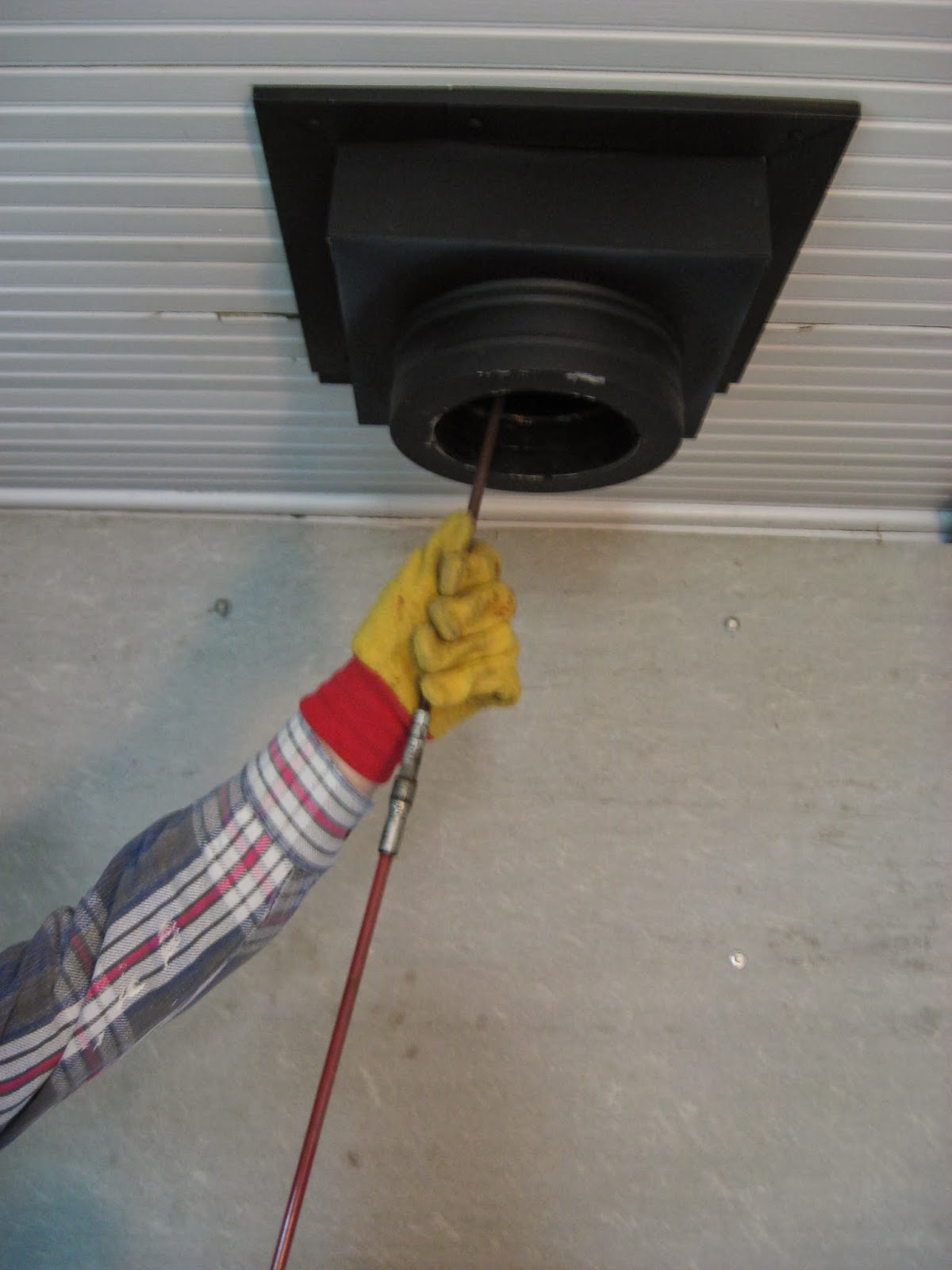 Sweeping a chimney is a little messy, and it does take some time, but it is one of those things that responsible wood burners have to do occasionally in order to keep the fire department from coming over for a visit.  I hope your wood fires are burning brightly and your chimneys are drawing well!