During rhubarb season in Iowa, I can't help but think of Nancy's grandma Ruth, who was sort of a "Rhubarb Queen" in her day.  Even though I didn't meet Ruth until she was 88 years old, she cooked and kept her own house on the family farm until she was 95, and every spring she would make various rhubarb dishes.  Her rhubarb/pineapple jam is still Nancy's favorite thing to spread on toast, and the following recipe for Rhubarb Cobbler was always Nancy's cousin Nathan's favorite.  This is a particularly good wood cookstove recipe, so I wanted to share it with all of you.

Step 1: Build your fire such that you will have a moderate oven.  Put a teakettle of water directly over the fire so that it will be boiling when you are finished with the other preparations.

Step 2: Cut up rhubarb and place in the bottom of a greased 9" square baking dish.  Because this has a tendency to sometimes run over the sides of the dish during baking, I would tend to favor using only three cups of rhubarb. 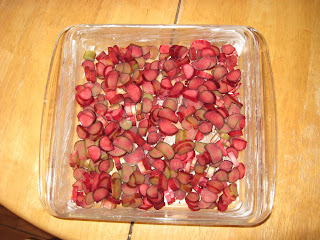 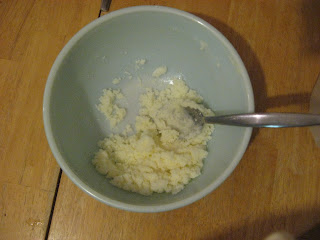 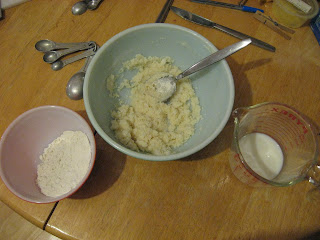 Step 5: Alternately add the dry ingredients from step 4 with the 1/2 cup milk.  Spread this over the rhubarb. 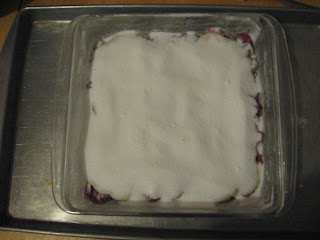 Step 7: Pour 1 cup of boiling water from the teakettle over the top of the whole mixture. 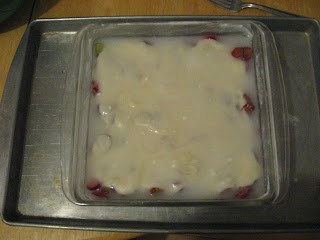 Step 8: Place baking dish on a cookie sheet or jelly roll pan and bake in a moderate oven for one hour. 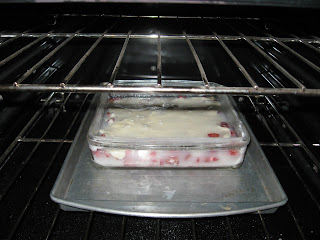 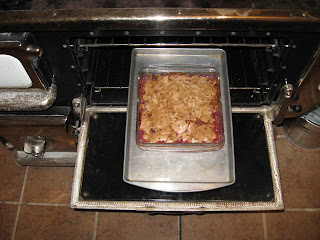 If you have been following this blog for any length of time, you have already figured out that the reason I classify this as an excellent wood cookstove recipe is because it calls for the cup of boiling water just before baking, which takes advantage of the heat generated by the fire as it heats the oven.  As I look over different old-time recipes, I notice that they frequently have boiling water added to them, and I am convinced that part of the reason for this was the teakettle which was ever present on the woodburning range.
Posted by Jim at 9:22 PM